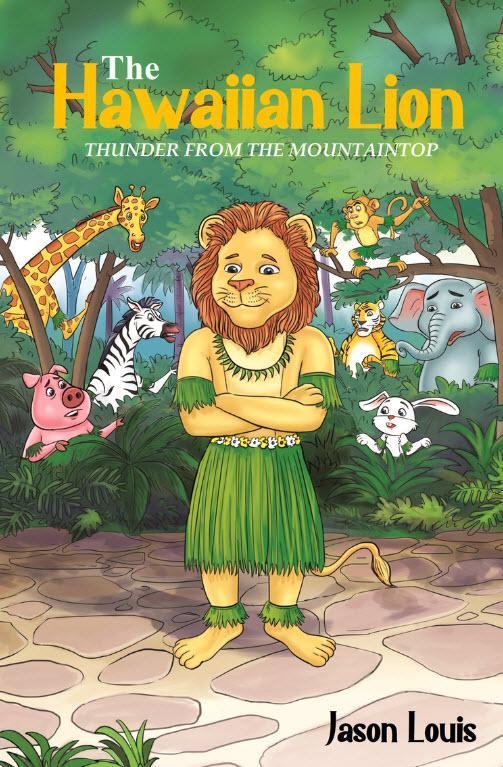 An exciting new story by author (and STM dad) Jason Louis
STM dad and author, Jason Louis, has released is latest children's book, Hawaiian Lion, and we can't wait to read it!!
The animals on the island of Kiwahu know they don’t stand a chance if they stay in the village. To stay alive, they must go up to the mountain to confront the Hawaiian Lion.
"Life for the animals on the island of Kiwahu takes an unusual turn when their daily routine gets interrupted by the voice of a hungry lion, who lives on the nearby mountain. The lion demands that the animals bring him something to eat or he will come down to the village to hunt them.

Terrified at the prospect of the lion coming down the mountain, the village chief comes up with a plan to address the menace by sending animals up the mountain to confront the lion. That plan does not seem to work, as each animal that goes up the mountain does not return.

In one last gasp attempt, the village chief decides to take the remaining animals up the mountain to confront the lion - in what she sees as a battle for survival. When the animals finally meet face to face with the lion there are only two possibilities: get eaten by a hungry lion or hope that the plan to satisfy the lion’s appetite works".

- “Move over Lion King, there’s a new king of the jungle.” -S. Pacheco
To learn more about Jason Louis and his other children's books, please visit: https://www.jasonlouisbooks.com/